Last Three from the Souq Series

The Last three in the Series of  The BAB Souq.  I think these last three are my favorites.  I don't know though I like them all for different reasons.  I actually eliminated the real #7 and that made all the numbers off a bit as I did 12 prints in all.  #7 just lacked too much. Although, you never know I guess. I just have been into more detail and busy-ness lately. #9 is an encore of my original favorite camel photo that I fashioned my original camel stamp from which is also included in this print.  There are some of the Bahrain Postage Stamps featuring among other things a photo of the King.  I also like to include the local paper written in Arabic which I cannot read so I try to put it in such a way that the viewer understands that the artwork is not about what is written in the article.
"With Blessing"#10, is two views of a blind begger that is a constant in the Souq. The Arabic writing says "with blessing".
#11 "Open"  is another breakdown of some of the graffiti I found.  I love these cartoonish images and the cartoon key going into the real lock.  I should just keep going on this series as I like each new one better than the last.  I guess that's a good thing.  I've been told that the BAB fest will extend into April.  My show was only for a week though so if you happen to go you will see a new artist each week. Be sure to check out the Festivities from 4:30 to 10 PM Thursdays thru Saturdays in the archway of the BAB Building, Gate way to the Souq.  My Last print workshop is next Friday and Saturday, the 29th and 30th of March.

Posted by Tonya Vollertsen at 5:05 AM

#10 is my favorite, but the whole series is very fine. Thanks for your nice comments. My blogging has been sporadic lately. But I am trying to get back to it.

Hi Maggie, I know what you mean. It's hard to keep up with all the blogs I would like to visit more often myself as well as getting my own work done to put on my blog. I do like your new stuff though. Really fun and colorful.

Newer Post Older Post Home
Subscribe to: Post Comments (Atom)
All images on this blog are copyrighted unless otherwise noted and not to be used in any way without the written consent of Tonya Vollertsen. 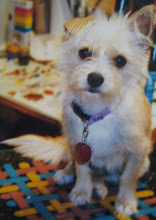